Late December of 2007, I stepped out on the main deck to check on some of my cats who had been outside for a while. My cats were fine and there was a new visitor who I’d never seen before. She was beautiful and very hungry. Whenever a new cat shows up, I keep putting down food for them until they’ve had their fill.

This picture was taken the next night when she showed up again. It was just a quick shot so it’s kind of blurry. As thick as her coat was, she must have been out in the cold for quite a while. 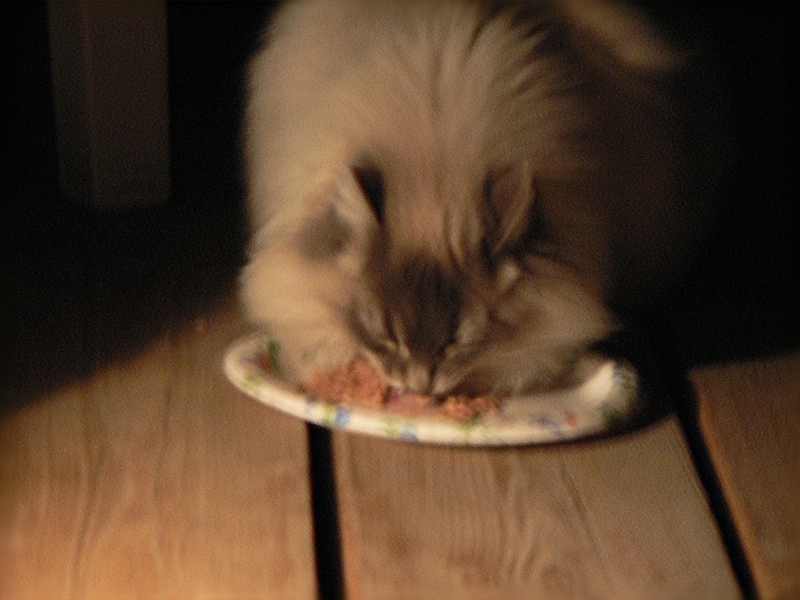 She must have liked the food because she decided to stay. She moved into the big cat house for the rest of that winter. 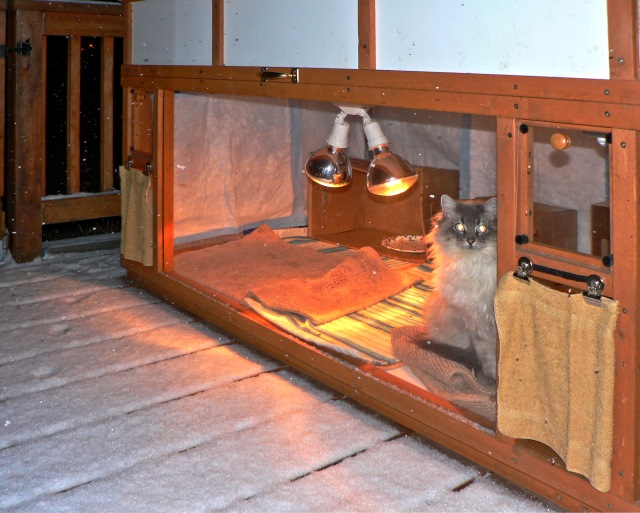 She seemed in good shape but she did have long dreadlocks behind each ear. Once she got used to me, I got rid of those. Sometime that winter I started calling her Swoozie.

Here’s some of the pictures from that first winter. 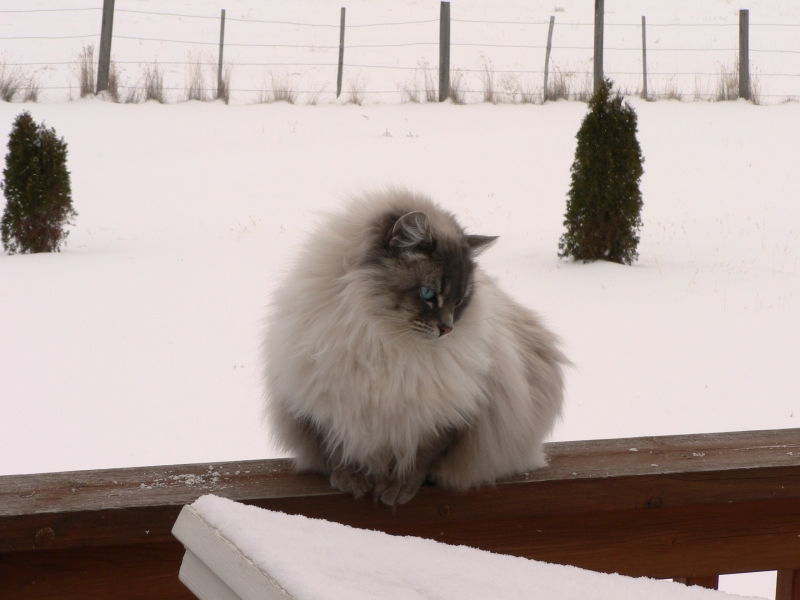 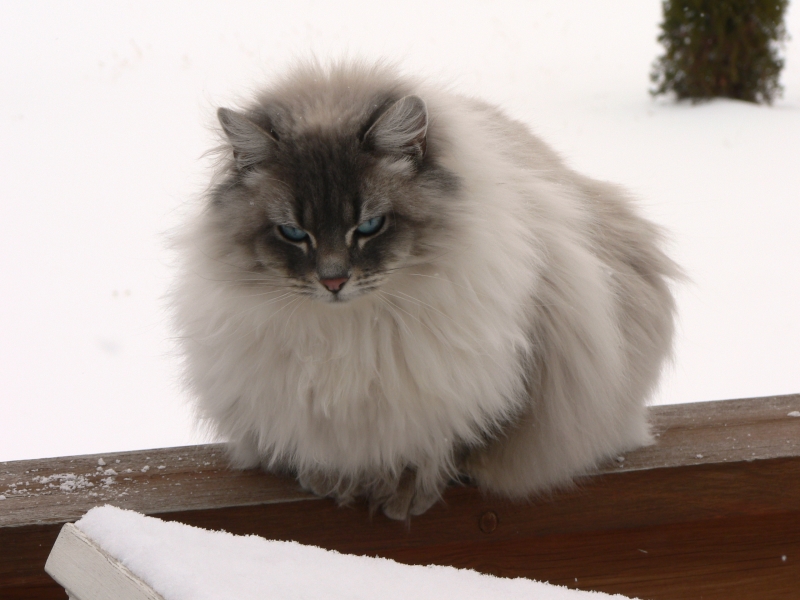 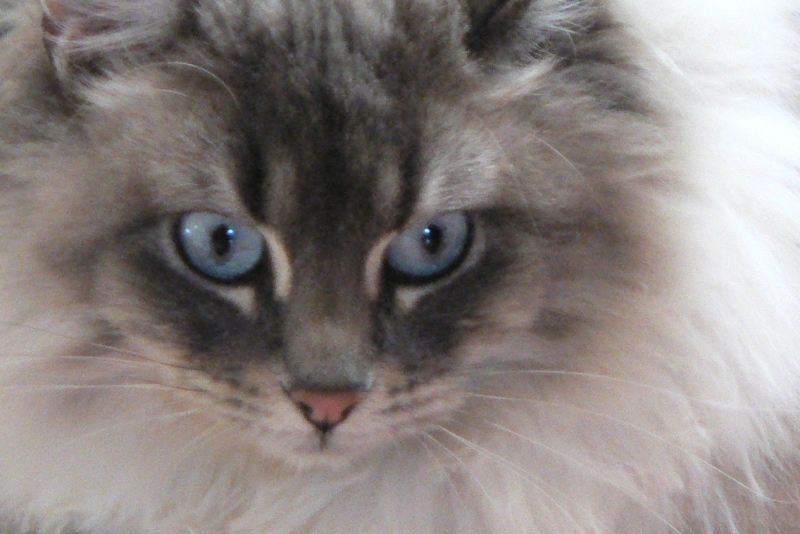 When springtime came, Swoozie started coming inside and eventually moved inside. For quite a while her favorite sleeping place was on top of the fridge, although she was quite fond on sleeping in the sink in the kitchen or the bathroom. 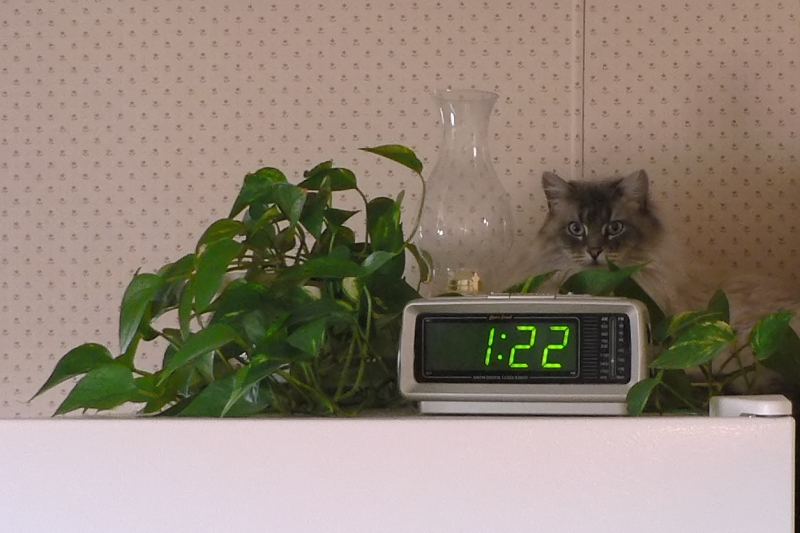 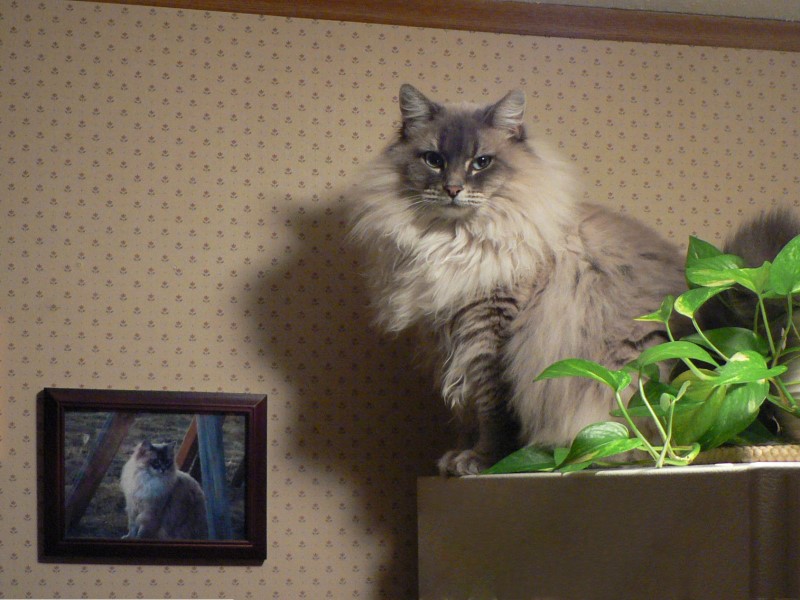 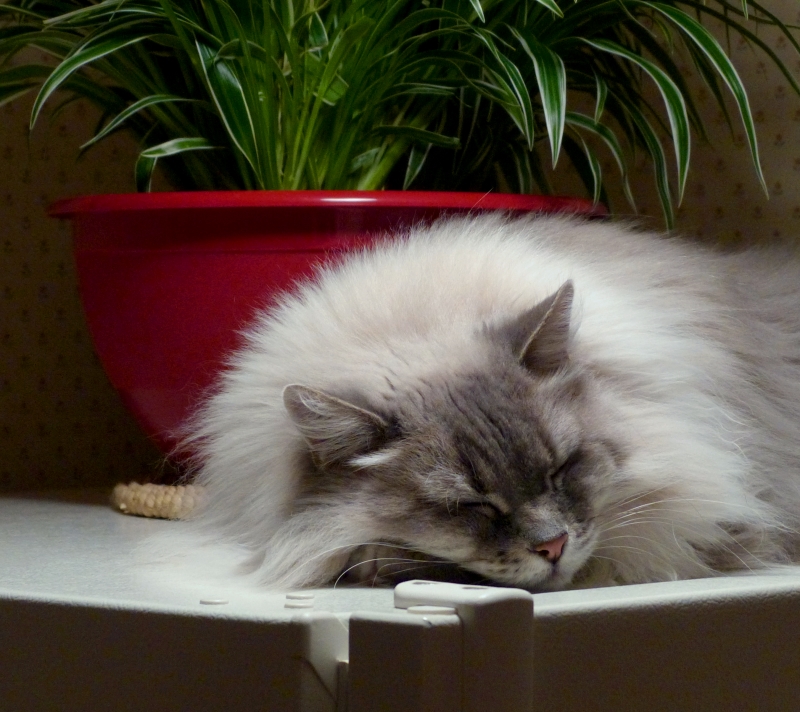 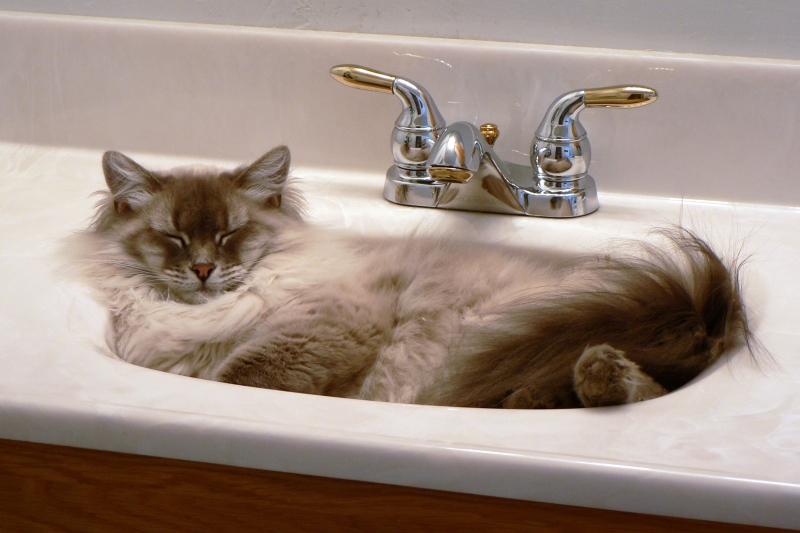 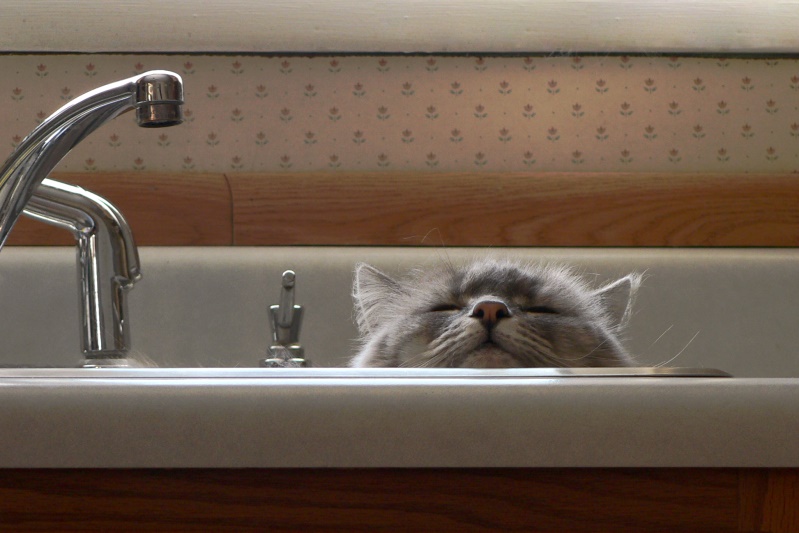 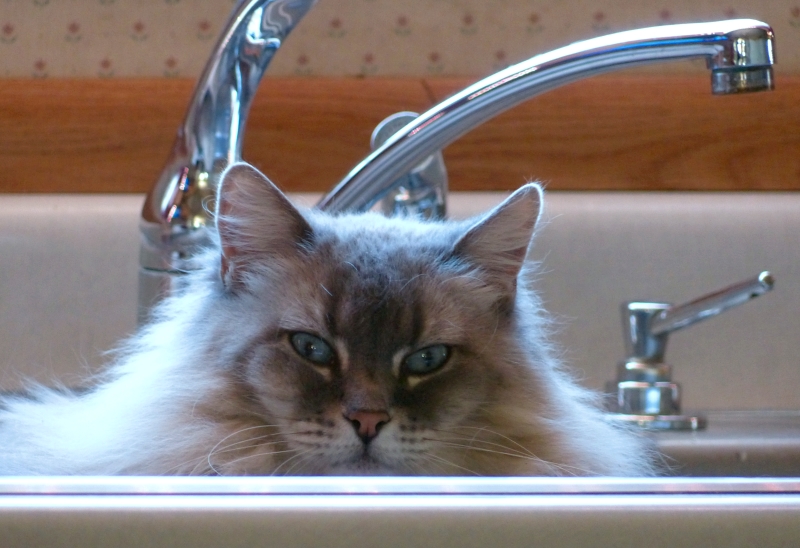 In August of 2009 I noticed that Swoozie seemed to be breathing more deeply that normal. As the evening progressed her breathing became more and more labored. I called the emergency vet and got her right in. They put her in an oxygen tent to help her breath. They finally decided that she was having an asthma attack. They kept her for two days, until she was back to normal. From that point on, I kept a close watch on she for symptoms of another attack and tried to figure out what had triggered the attack in the first place. For a while she would have an attack about once a month. I’d take her to the vet to get a Depo Medrol shot which would get her back to normal within an hour or so. To this day she still has attacks every two or three months. I never have found what causes the attacks. Thank goodness she had moved in with me, as she first asthma attack would surely have been her last if she had been on her own outside.

This is how she looked after returning from the vet and getting her shot. 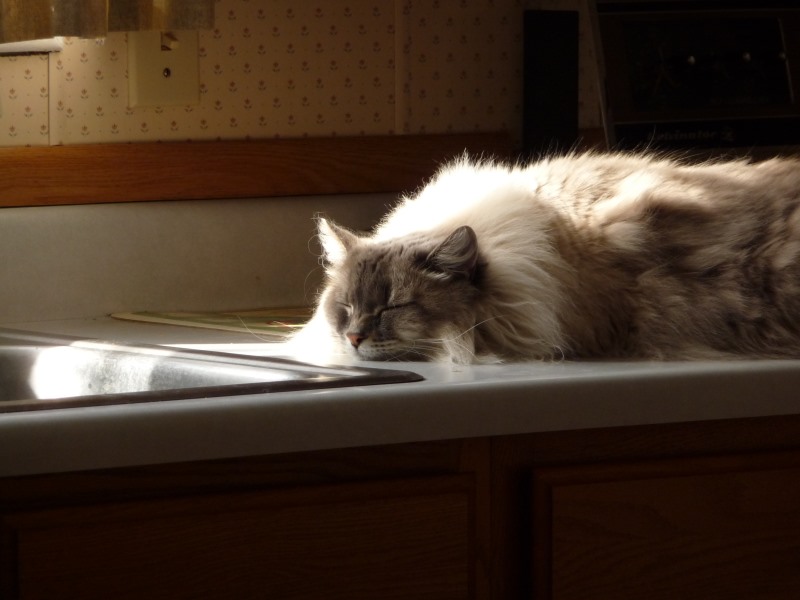 Since I rebuilt the enclosed back porch, and put a nice new cat tree out there, Swoozie has pretty well taken it as hers. She prefers to stay somewhat separate from the other cats, though she doesn’t seem to mind if one or two of the other cats sleep out there from time to time. 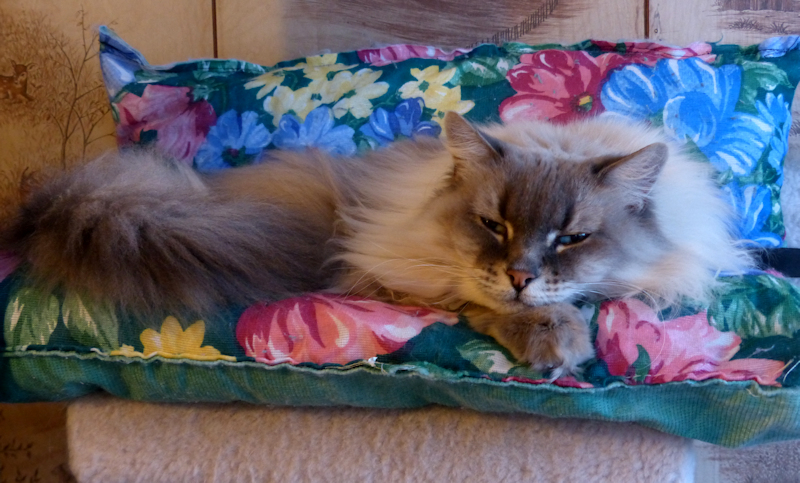 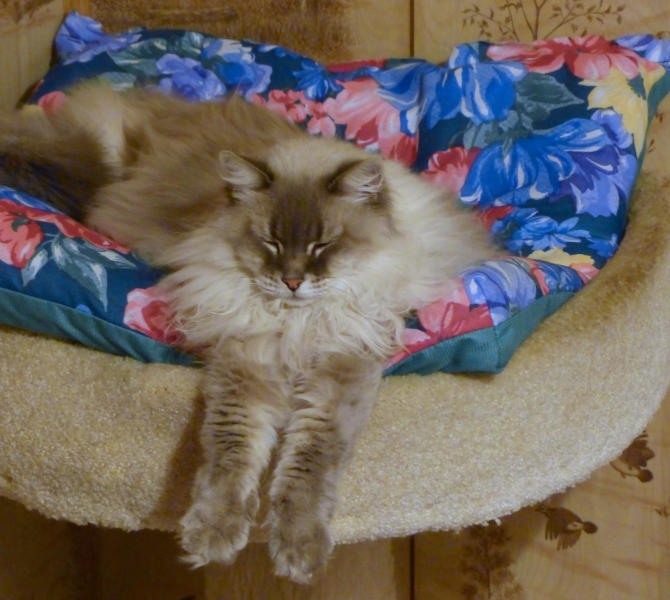 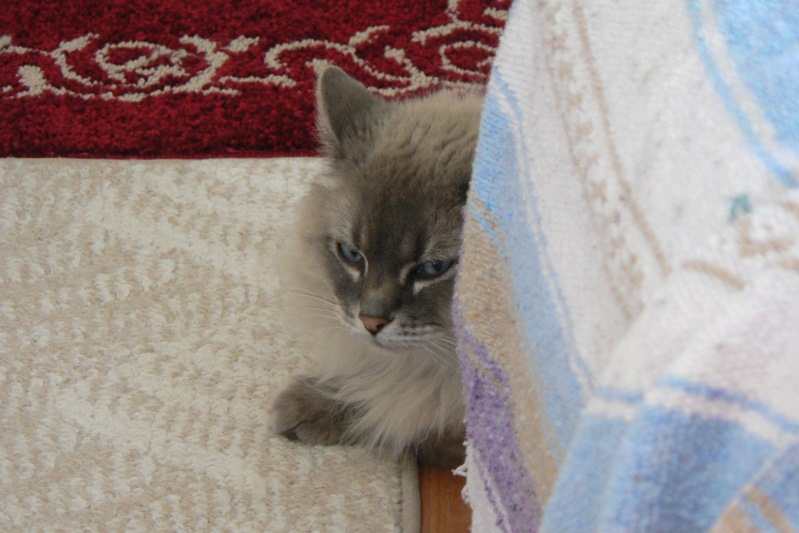 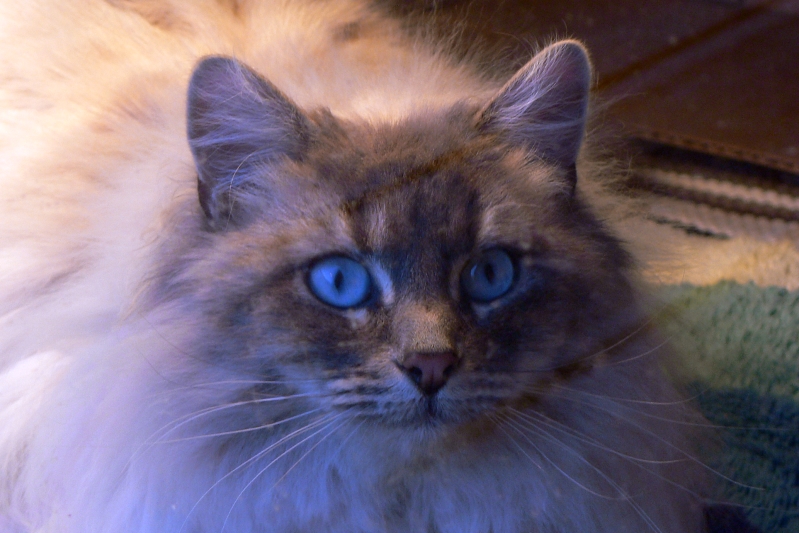 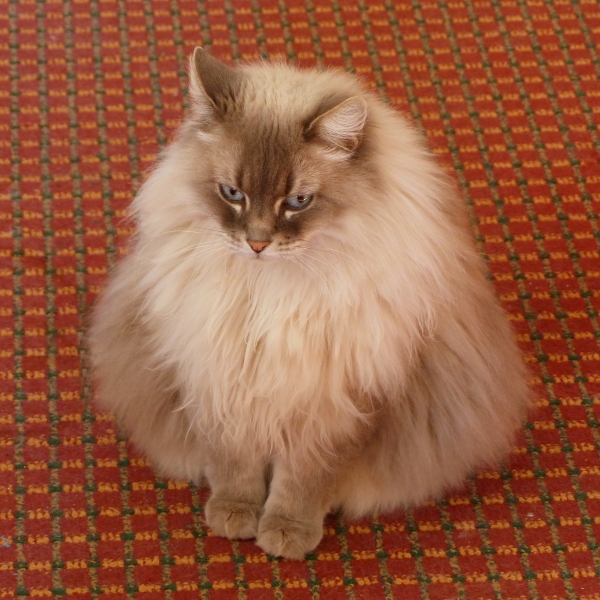 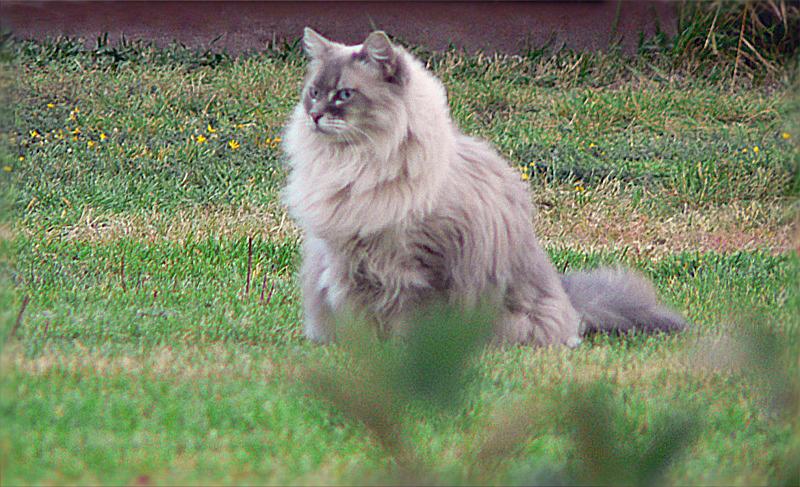