Sometime around June of 2003 a new cat started showing up in my yard. He was pretty good sized and was orange and white. It wasn’t long before he was beating the tar out of my cats.

I remember one night when he got in a big fight with Raja, my orange and white cat, I ran out see this whirling mass of orange fur. Cats take so much damage in any fights they’re in that I just don’t put up with any fighting. I couldn’t tell which cat was which, so I just reached in and grabbed one. Of course you know I ended up with a fighting mad Redhead. At least it stopped the fight.

The one thing I found out about Redhead was that he was always willing to fight for whatever he wanted. It was like throwing a switch. His eyes would go all black, and from that point on there was no more thinking, just get out of his way or prepare for a fight.

I decided I’d better bring him in and try to gentle him down with some kindness and a lot of food. He’s a lot better than he used to be, but he still occasionally goes over to the Darkside.

It turn’s out that he came from the neighbors to the south. Their daughter had moved back home with her little boy and his cat. Well, the cat ate Grandma’s pet bird so they kicked him out of the house. He had a choice of trying to steal food from their dogs or come over to my place and take food from my cats.

At any rate, I took him in, got him fixed and he’s been here ever since. I wish I could say that all my cats are sweethearts, but Redhead is and always will be a bit of a bully. He can be lovable when he wants to though, especially when he wants treats.

Here’s some pictures of Redhead…

This is one of the first ones that I took of him. 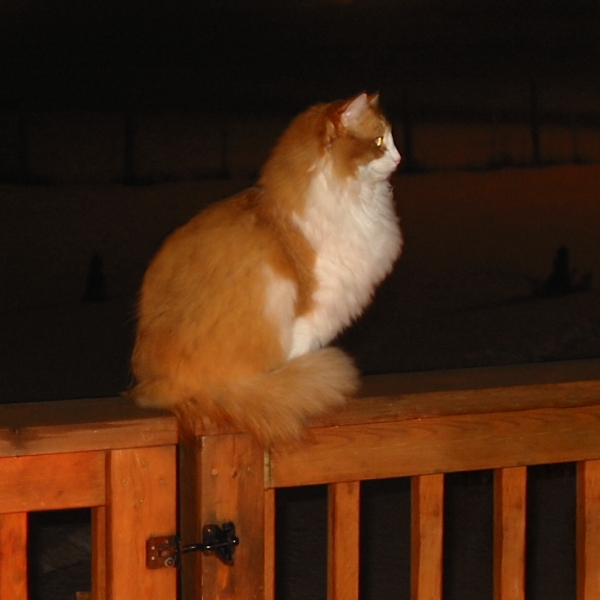 And these are more recent shots. 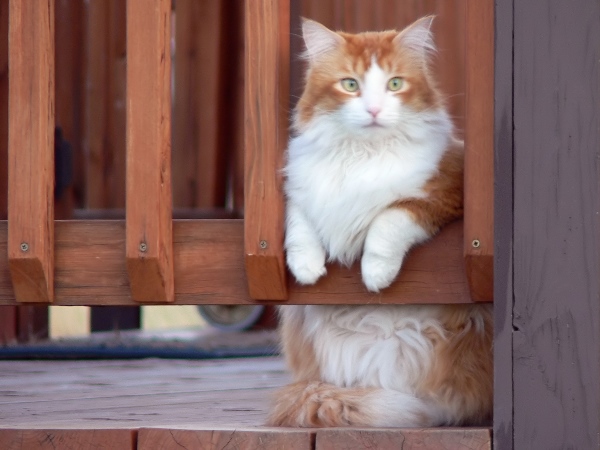