The winter of 2001 I started seeing a little black and white cat at the edge of my property but she never got close. In the spring of 2002 she had started coming closer and then she went into heat. While she was rolling around and doing her dance for the boys, I grabbed her and brought her in. Then took her in to get spayed and for shots. Later that summer, the people who had moved out of the house down the road came by wondering I had seen a cat with kittens around. It turns out that they moved out in the middle of the winter and left their pregnant cat to fend for herself. Apparently the kittens had all died during the winter. The little cat, who I had named Pookie had been living inside with my other cats since I caught her, but I told the people that I hadn’t seen her. She’s been here ever since.
They also had left a gray and white cat when they moved. He was with me until the spring of 2010 when he passed on. I called him Graybee.

Here’s a couple of pictures of Pookie 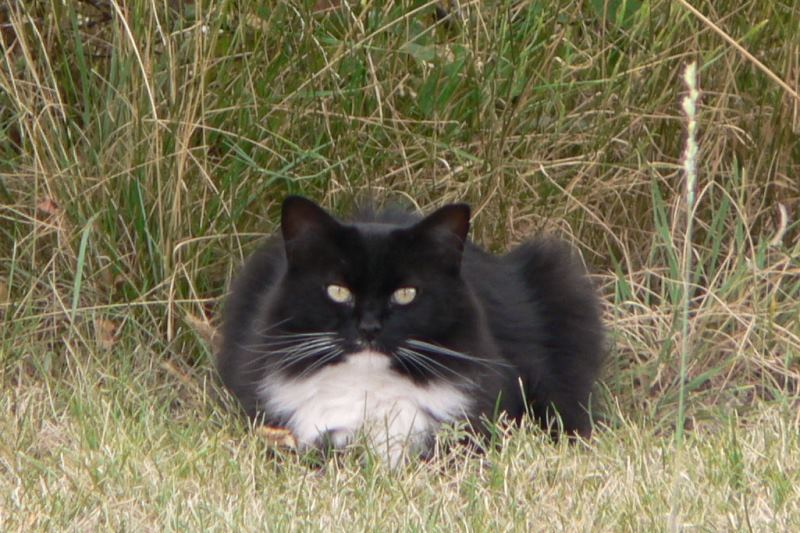 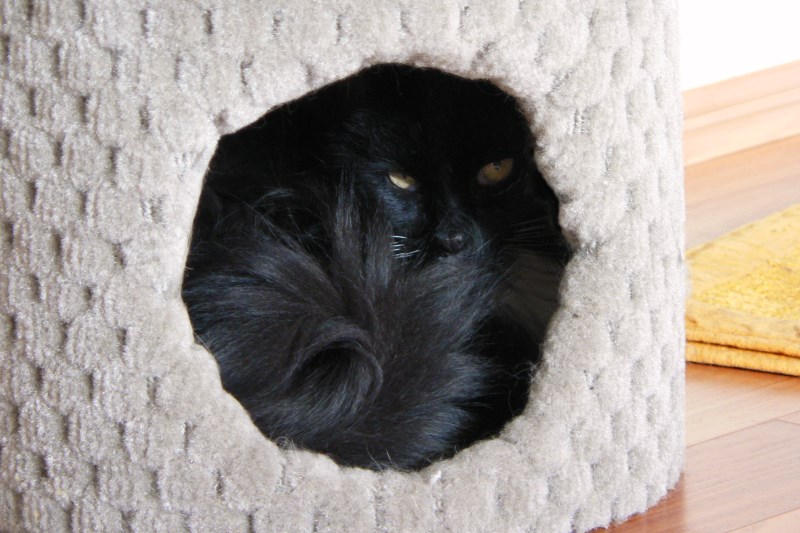 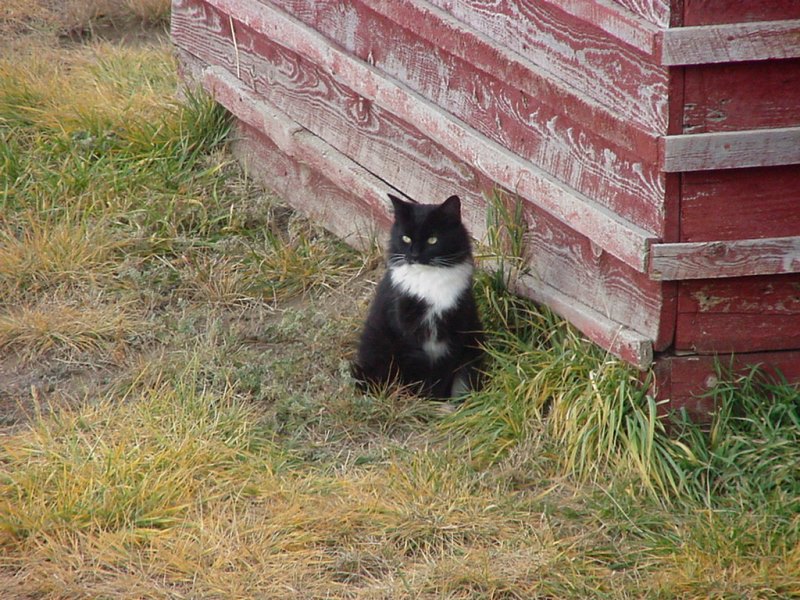 And here’s a picture of Graybee 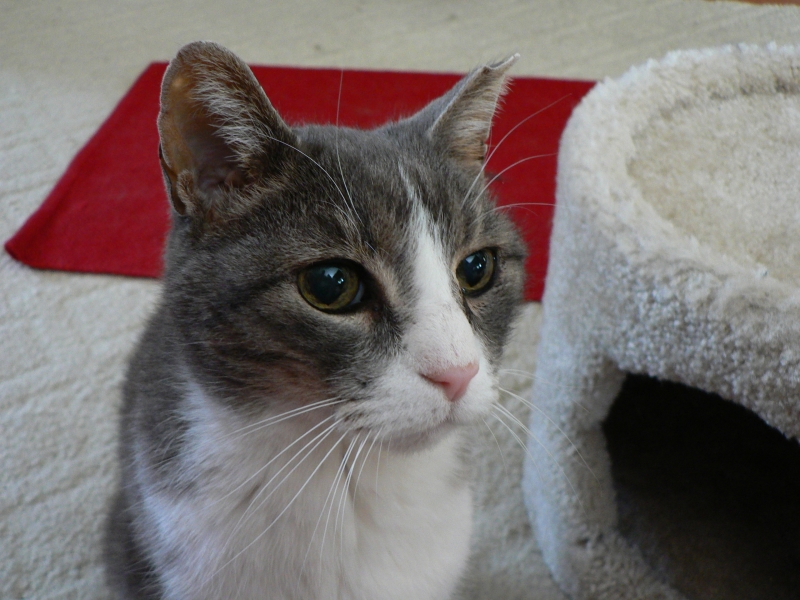