In mid July of 2007 a little yellow cat started showing up for evening meal on my big deck. He looked to be about 6 months and was very friendly. I coaxed him into the house twice but he didn’t like it much. He much preferred living in my barn. He’s the one I built the first small cat house for.
I call him Yeller Boy. 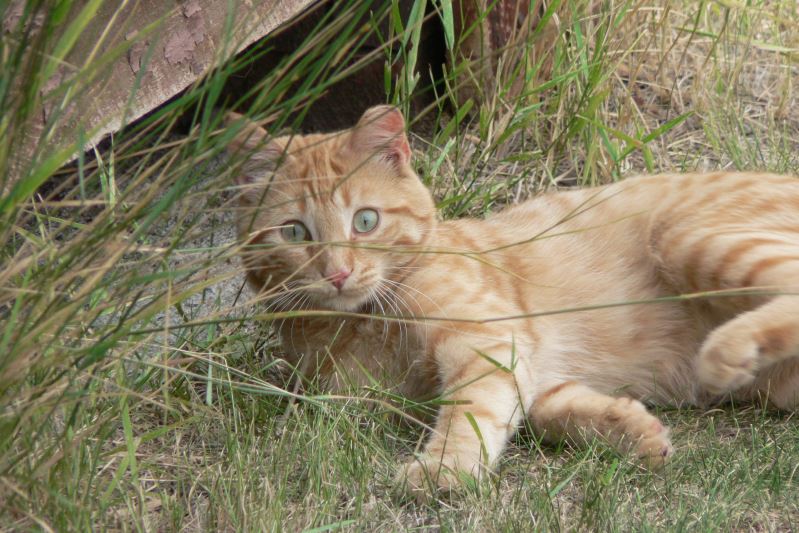 When I was taking this picture, he heard the two little neighbor girl’s voices and he was gone like a shot, over my fence, across the road and over their fence just to be with the girls. I thought that he belonged to them but they said that they had never seen him before. The next day their mother asked me if it was my cat because the kids really liked him and had named him ‘Notch’. You can see in the picture that the top 1/4 of his left ear is missing, probably to frostbite. They decided to adopt him, but they didn’t get him fixed right away and he started marking in their house. When they did get him fixed, he kept marking so the father kicked him outside. Before long he was back at my barn. I’ve included him in my tribe and took him in for all his shots this last May.

Here’s a couple more pictures of Yeller Boy, or Notch as they named him. 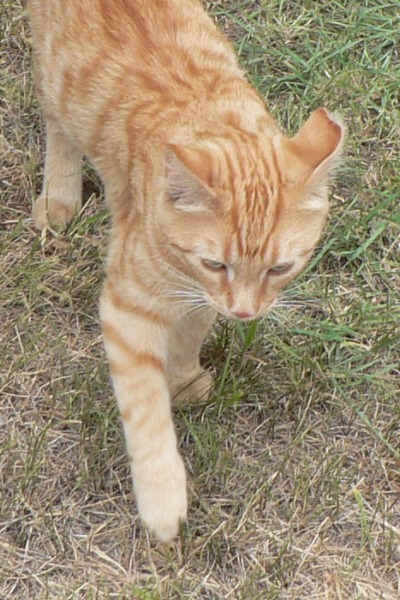 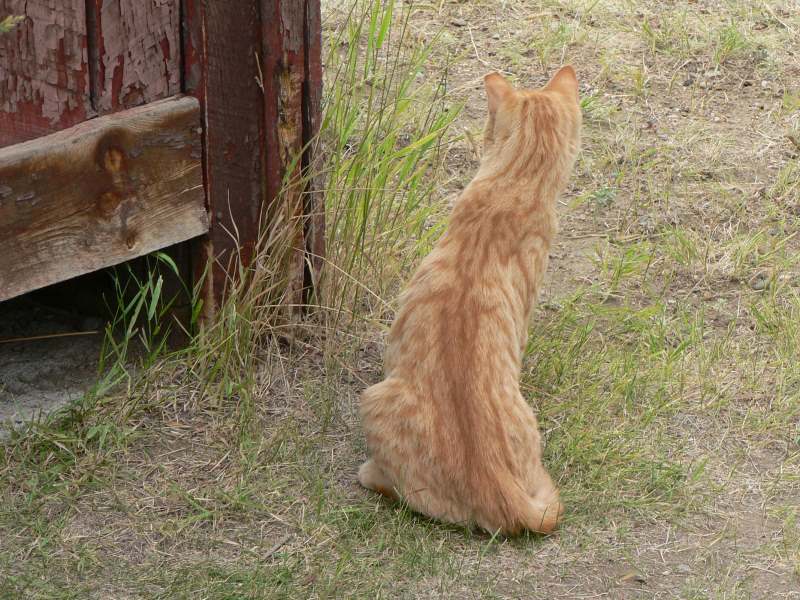 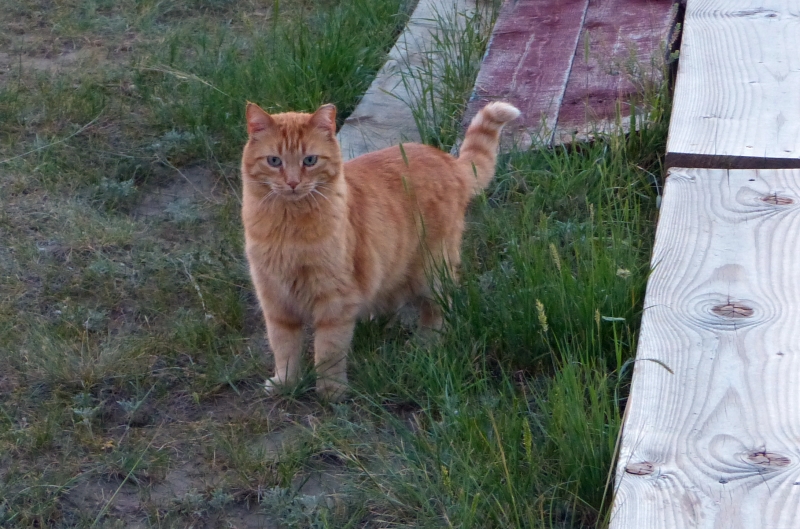