The first time I saw Bug was when I took this picture. 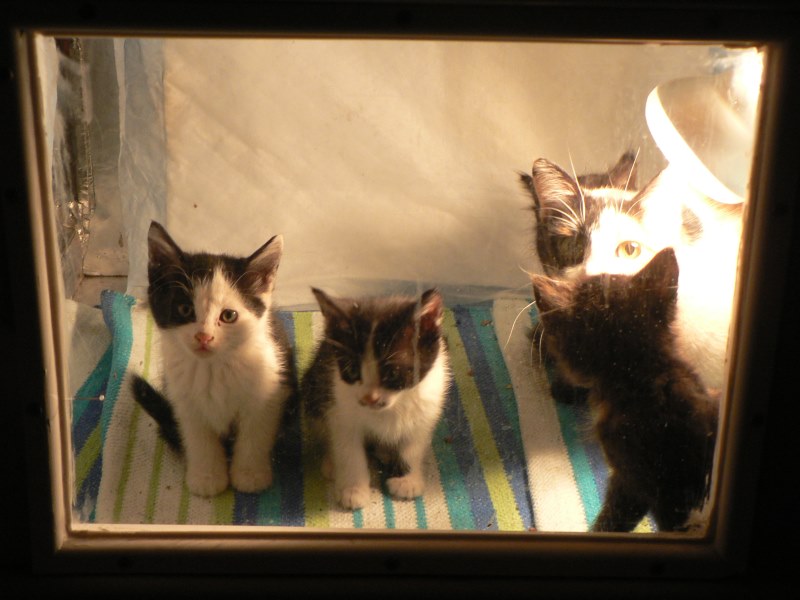 The momma cat was a regular visitor and when her kittens were big enough they followed her over to my place when she came for dinner. This picture shows all the kittens except one who hadn’t showed up yet. If you look way in the back, behind the momma you can just see a pair of little black ears. When I tried to catch these kittens, they all scattered except for the little black one. I nabbed him and could see that he wasn’t doing so well. He was smaller than the others and had goopy eyes. I took him inside, cleaned up his eyes and set up a pet carrier with a soft bed, food and a small litter box. 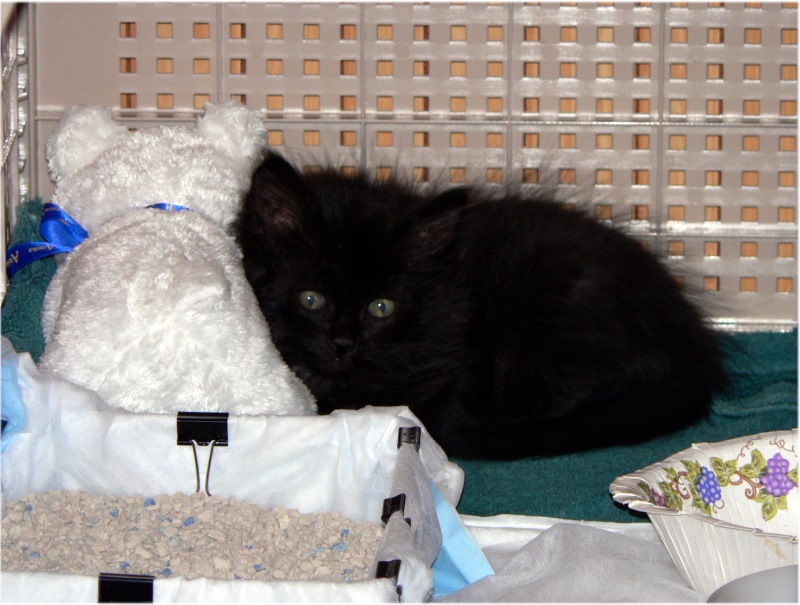 It didn’t take him long to show me he was a head strong little guy. He preferred to sleep outside the carrier. It was easiest to let him have his way. I named him Bug. 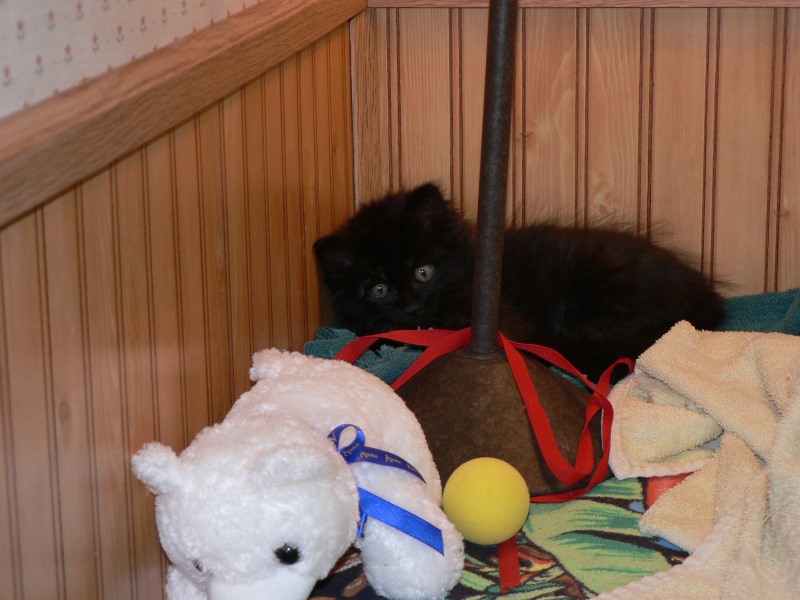 Not long after I brought Bug inside, I managed to catch the rest of his family. I tried to let him join his litter mates and his Mom in the room where I was keeping them, but he preferred to stay with me and the rest of my cats.

A few weeks after he came inside, for some reason, he stopped eating. Well, he would eat a little bit not enough for a growing kitten. I tried every thing and took him to the vet at least 4 times that week, still he wouldn’t eat enough. Finally at the last visit, the vet gave him an injection to help with his loose stools. I took him home and tried again to get him to eat and suddenly he started to eat like he was starving to death, which he was. He ate so much, I thought he would pop but I was afraid to stop bringing him food as long as he would eat. He was fine from then on.

These pictures show what a sad kitty he was and what a plump little boy he was just days latter. 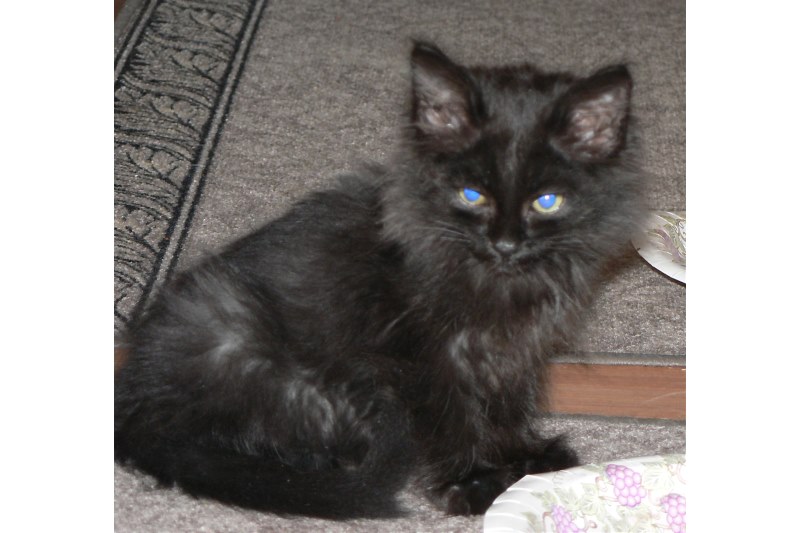 I took the rest of the kittens away from their mom so she would dry up and I could get her fixed. Once mom was spayed and healed up, I let her back outside. She never did like me or let me close, but she did continue to show up every night for dinner. I gave all the kittens the run of the house. Bug and I were really close and he got along with all the rest of my cats, but his brothers and sisters were always a little stand offish. They just hung together as their own little group. I did finally find homes for them but I found the process of finding the right people to adopt them so upsetting that I decided never again. Any kittens that show up at my place are here to stay.

Here’s a few of the other kitten’s baby pictures. 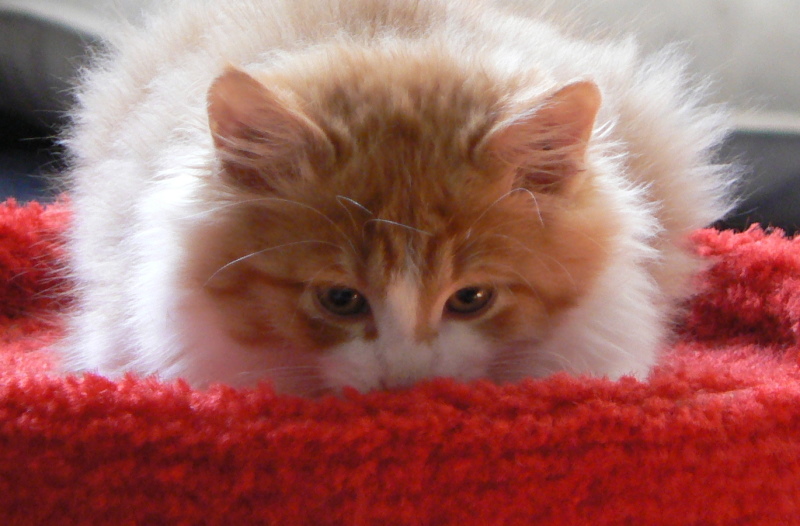 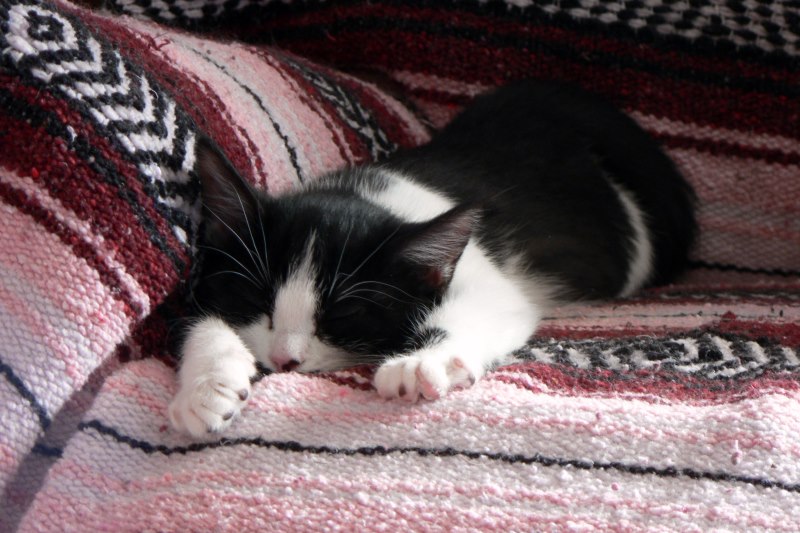 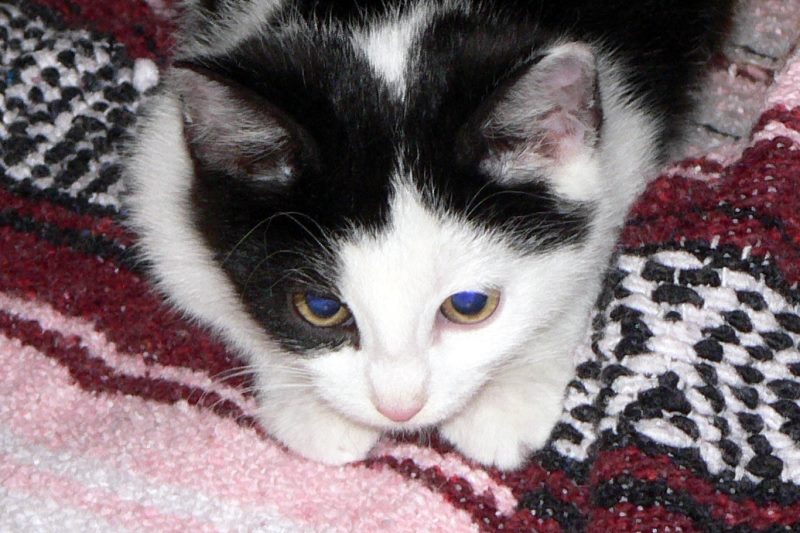 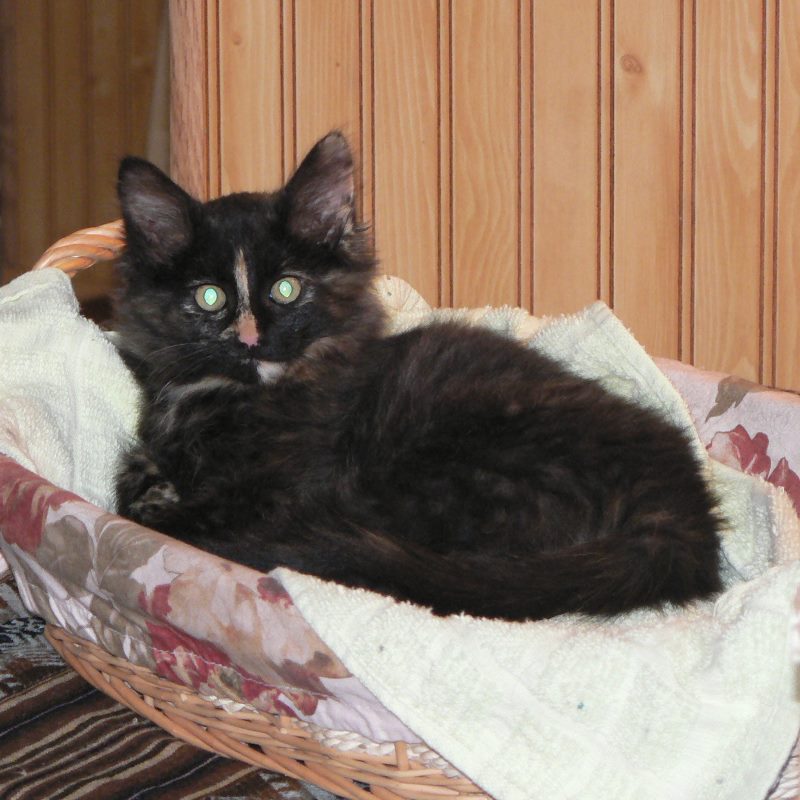 But back to Bug. At first I was worried that my other cats, who were all full grown, would pick on the little guy. It turn out though that the cats either didn’t like him, in which case they just ignored him, or they liked him and would spend many hours playing with him. One of his best friends was one of my favorite cats, Raja. At first it looked like Raja was going to put the thump on little Bug… 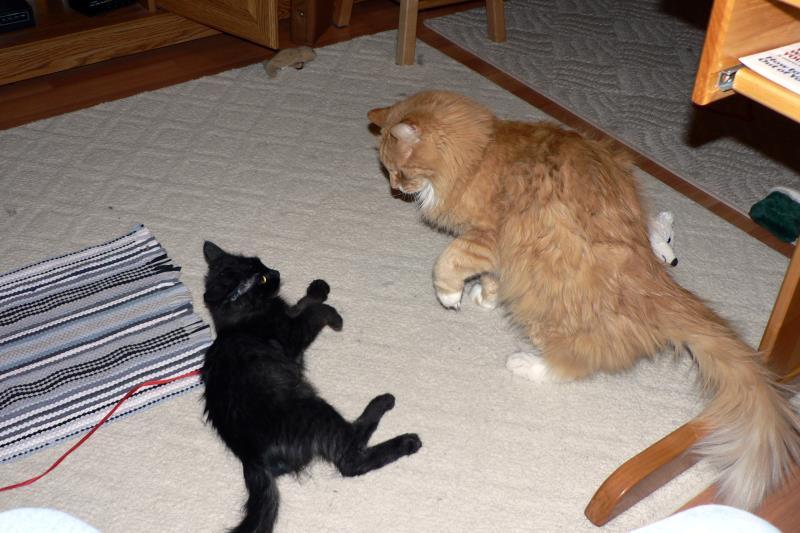 But then you see the truth of the situation. 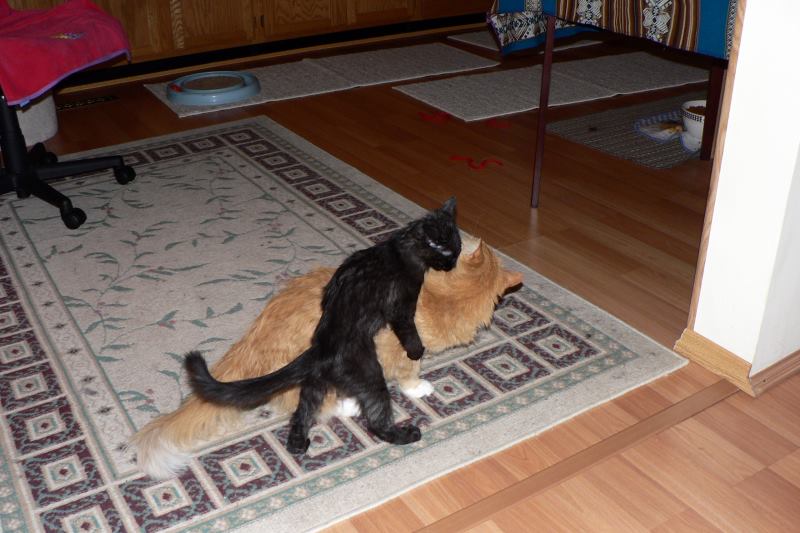 Raja had the patience of a saint.

After being a kitten for a while, it was time for Bug to get fixed. This is what he looked like shortly after I got home from the vet. It’s like he’s thinking, “I can’t believe what they did to me!” 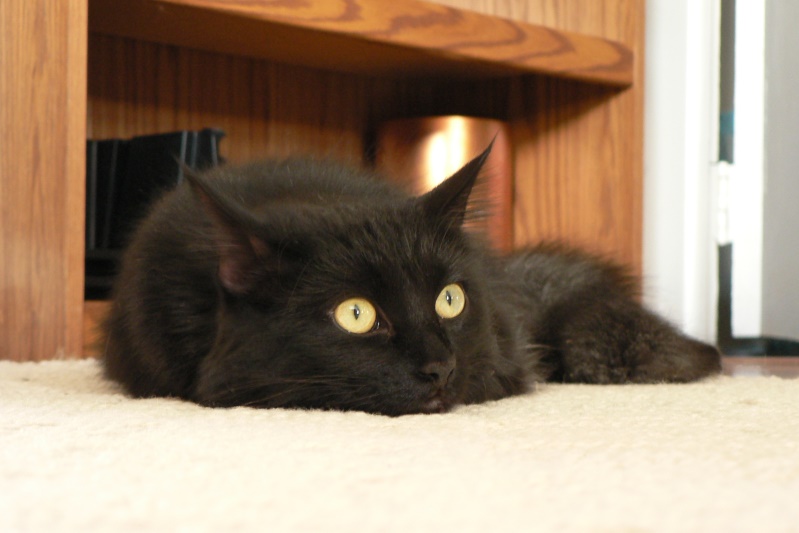 We had a lot of wonderful years together and Bug enjoyed being outside and in the cat houses a big percent of the time. 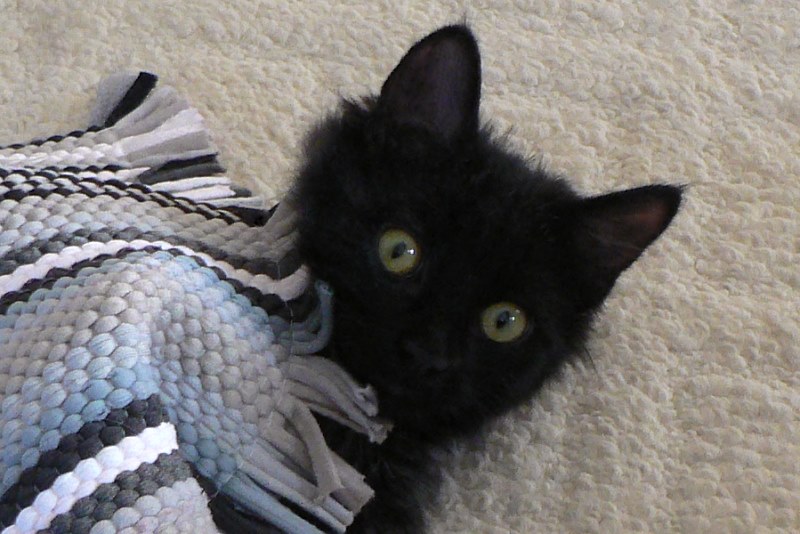 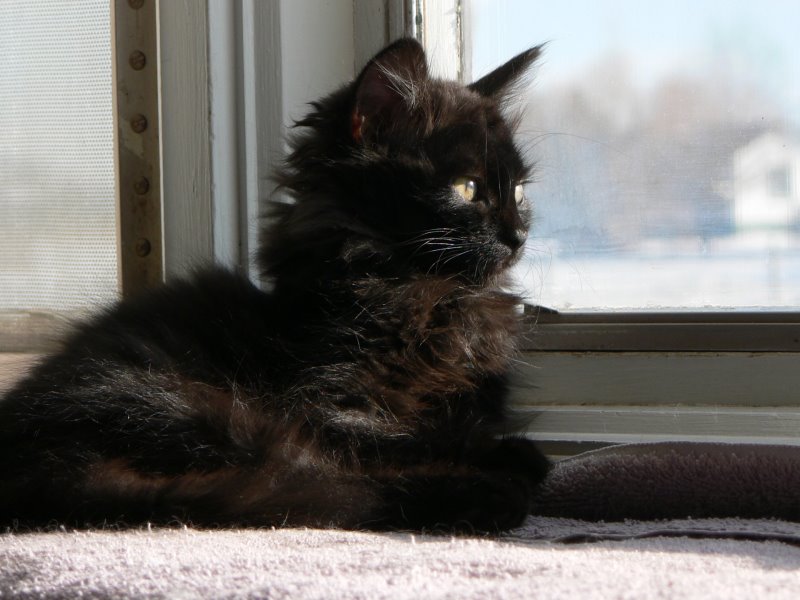 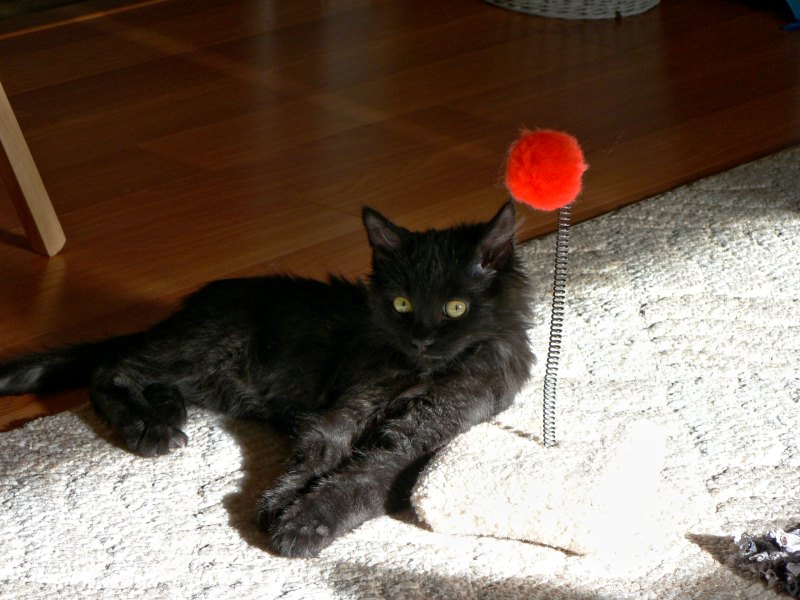 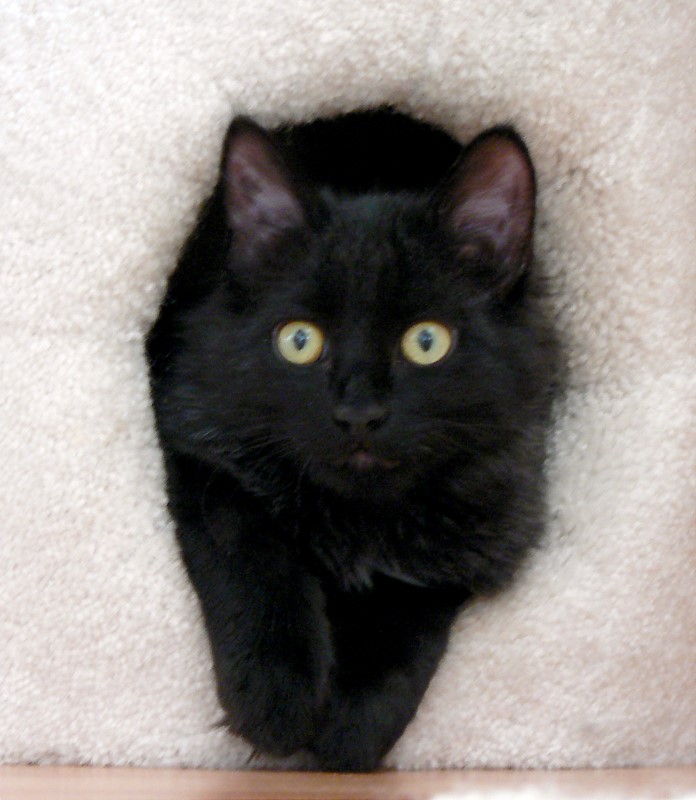 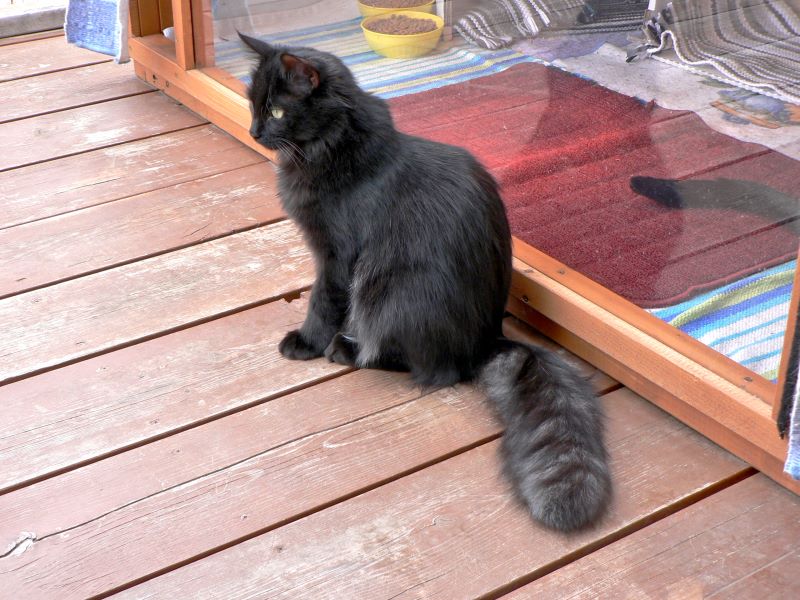 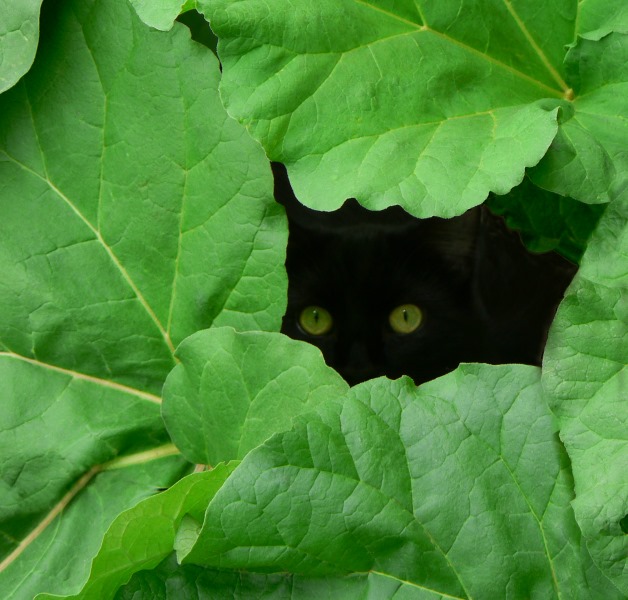 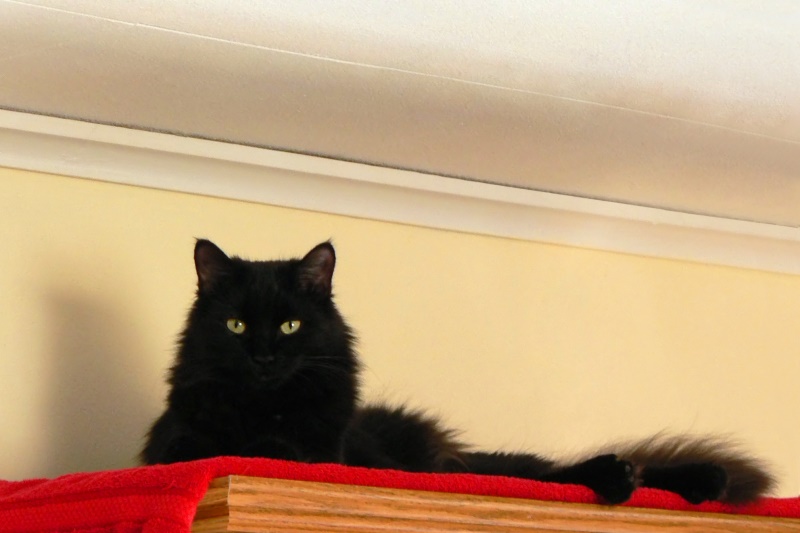 Of course all good things must come to an end. Bug moved on to his next great adventure about a year and a half ago. Of course I still miss him but I do have a lot of good memories of our time together.